A reversible pump turbine is a machine that can operate in three modes of operation i.e. in pumping mode, in turbine mode and in phase compensating mode (idle speed). Reversible pump turbines (RPTs) have an increasing importance for regulation purposes for obtaining power balance in electric power systems. Especially in grids dominated by thermal energy, reversible pump turbines improve the overall governor stability. Increased use of new renewables (wind, wave and tidal power plants) will utterly demand better regulation ability of the more traditional power suppliers, enhancing the need for reversible pump turbines [4]. Pumped storage plants can be an ideal solution to meet the current energy needs of the country. Most of these storage plants make use of a single unit acting both as turbine as well as pump; hence aptly called Reversible Pump Turbine (RPT). The pumped storage system takes benefit of the variation in electricity price during peak and off demand period. The water is pumped when the electricity price is low and the same water is run down through the turbine during peak demand period when electricity price is high [5].

Generating energy from the power of water represents large amounts of clean renewable energy. 71 percent of the earth’s surface is covered by water. The world’s hydropower potential amounts to 20 billion Mega Watt hours per year and only 25 percent of this has been developed so far. Hydropower is not only environmentally friendly, but also cost-effective. Hydropower plants have the highest operating efficiency of all renewable generation systems. They are largely automated, and operating costs are relatively low. Hydroelectric power plants also play an important role in water resource management, flood control, navigation, irrigation and in creating recreation areas.

The scope of this project is to investigate a fast transition from pump mode to generating mode in a reversible pump-turbine considering the interaction between pump-turbine and the complete piping system. 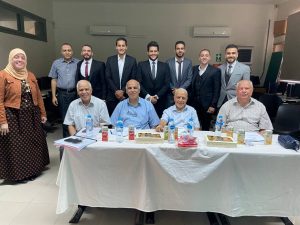